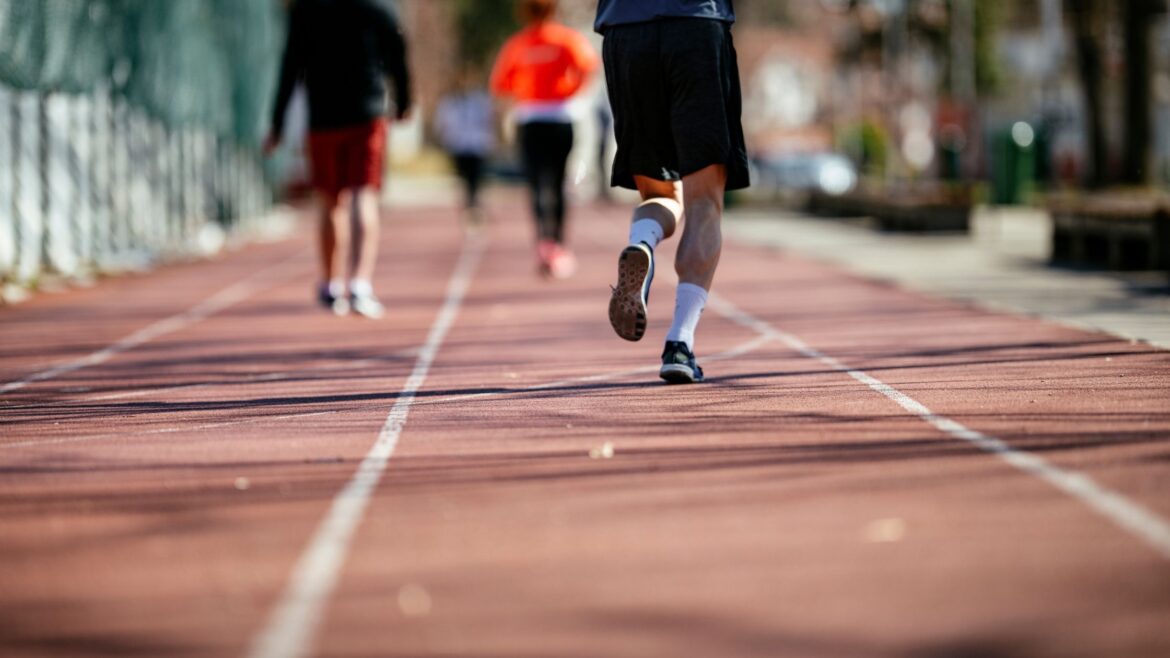 I doubt you remember this test as the Multi-Stage Fitness Test but you probably remembered doing the ‘bleep test’ which is the same thing. For me it was one of those PE lessons I would dread at school, not because It was hard work, which it was but because of the competition of it amongst my peers. I’d push and push to try in be in one of the top spots, others would drop out to save themselves the pain, maybe that was wise.

The bleep test is used as a common benchmark for entry into armed and civilian forces. Largely because it is an accurate predictor of someone’s VO2 Max and in turn their overall level of fitness.

As a personal trainer for many years, I would often run a bleep test for individual clients or as periodic reviews for my boot campers in group sessions. I’ve included some tracking templates below which you can use for tracking clients or groups when conducting the Multi-Stage Fitness Test.

The multi-stage fitness test rather confusingly comes in a few variations; the most common is the bleep test.

The test was first introduced from the research of the University of Montreal in Canada, these were later published in an article by LÃger and Lambert in 1982 which described the fitness test since this there have been many variations of the test although most are quite similar. The first variation was adapted by The Council of Europe initially designed to measure cardiorespiratory and motor fitness which assessed the physical development of school children (published in the Eurofit handbook,1983). In 1998 what was “The National Coaching Foundation” now Sports Coach UK together with Loughborough University introduced the Multi-Stage Fitness Tests which remains one of the most popular tests of aerobic fitness within the UK. The tests are widely used by many organizations around the world from professional sports clubs, public services, schools and colleges as well as the military.

Alternatives to this test are: the PACER test and Bitwell test (variations of the original bleep test)

Essentially this test is used to monitor an individual’s VO2 MAX, it’s often used by sports coaches, professional sports teams, the military and public services as a minimum entry requirement or to monitor fitness progression.

The test consists of a continuous 20-metre shuttle run and the levels generally range from 1 to a maximum between 18 and 23, The most common multi-stage fitness test available from the British National Coaching foundation has 18 levels. Each level is divided into stages ranging from 7 to 15.

If the test is performed on a regular basis it is a very good guide for personal fitness and monitoring progression, perhaps once every 2-4 weeks would be adequate. The test is progressive and maximal, meaning it will take you to your maximum ability and therefore participants should be of sound health before completing the test. It is strongly advisable to gently warm up the group or individual to be tested with both aerobic exercise to increase the heart rate and mobility and stretching exercises, this will ensure maximum efficiency from participants and reduce the likelihood of injury.

At the start of the test the beeps will start off slow and participants will need to reach the end of the 20-metre shuttle before the next beep sounds, it is important to pace yourself and to try and increase speed progressively with the start of each level. The levels generally increase in increments of 0.5km/h starting at 8.5km/h at level 1. The end of each level is signalled by 3 consecutive beeps; remember to increase your pace slightly at each level.

The test area is marked out between two points or lines 20 meters apart and should be wide enough for all your participants to soundly fit within the area. A sports hall or tennis court are great areas for conducting the test if available, as they provide a safe non-slippery surface.

This is a test of maximal cardiovascular performance and candidates should be in good health with no issues highlighted on a PARQ Form. As an additional measure, it would be wise to obtain consent from your client or candidates with an Informed Consent Form.

Before starting the test, you should conduct a full warm-up for your client or candidates of at least 10 minutes in duration including mobilisation.

Ensure your client or group understand what is expected. Use the tracking sheets below to help you keep track of the lives and levels reached.

3 Strikes and you’re out

Although no hard and fast rules on how many lives a candidate gets, 3 lives is fairly common.

Once the third life had been lost the level and shuttle is recorded. You can then refer to the VO2Max chart below to estimate VO2 MAX.

Tracking for groups and teams

Tracking for clients and individuals

Once the test has ended, the participant will have reached a level and stage, e.g. level 12 and stage 2, this is compared with the VO2 Max chart from the Multistage Fitness Test Department of Physical Exercise and Sports Science, Loughborough University.

Table to help you predict VO2 MAX based on the result of the Muti-Stage Fitness Test,…
Download

What Is Armbar and How You Can Perfect...

Healthy and Drug-Free Approach to Control Your Hypertension

Exercise as a means to improve anger issues